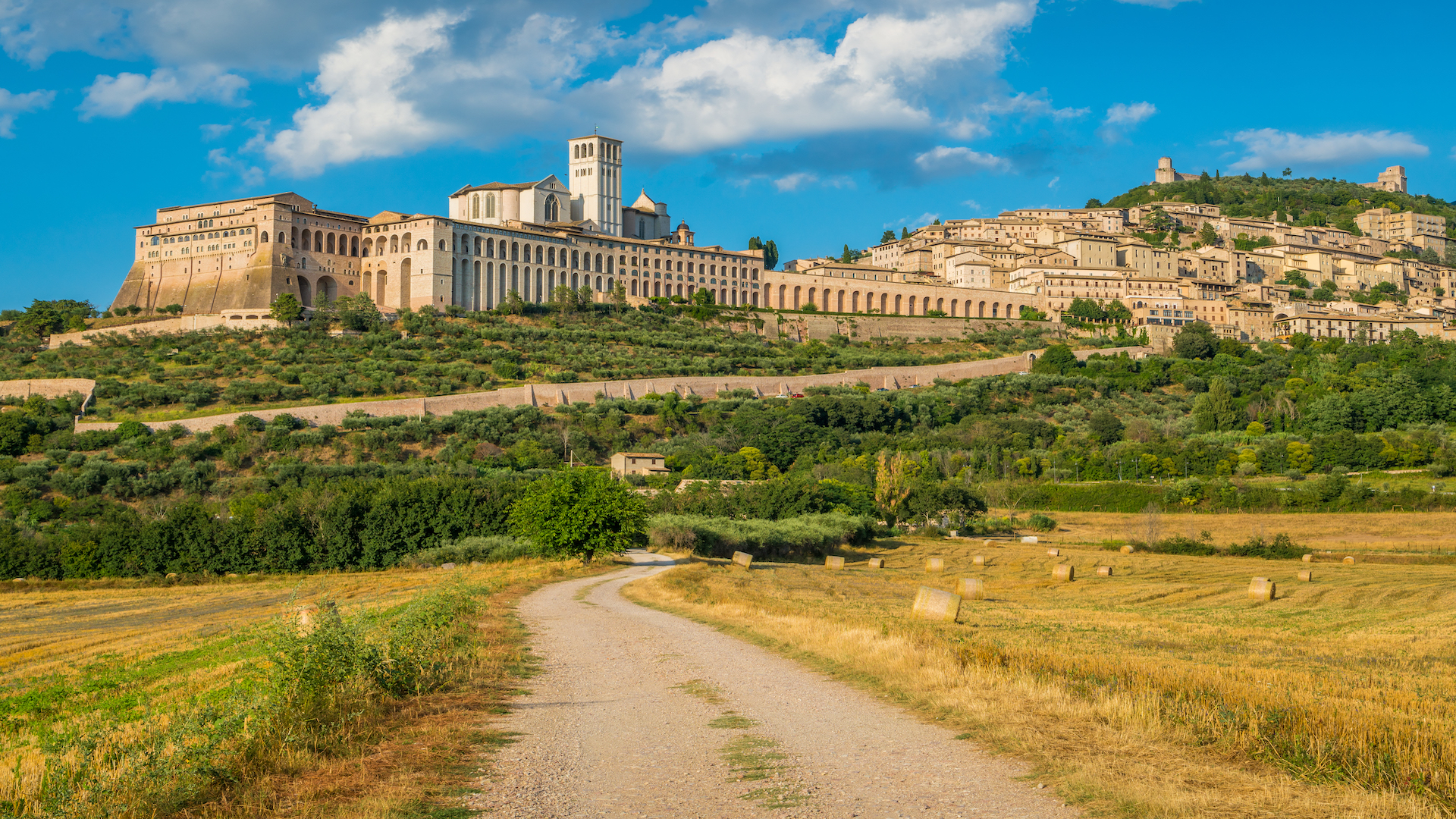 Check in at Los Angeles Airport (LAX) or an airport at your convenience. Depart for London, England.

Welcome to London, also known as the City of Fog. Join us on a tour of the city with photography opportunities in font of Buckingham Palace. Hotel check-in and dinner. (D)

Visit the Tower of London, a UNESCO Heritage since 1988. This is also where Queen Anne Boleyn, the second wife of King Henry VIII was executed; and where you can find the 105-carat Kohinoor diamond, once the largest diamond in the world. Visit the Millennium Bridge and St. Paul’s Cathedral (outside).
Sightseeing: Big Ben, Buckingham Palace, Westminster Abbey, Tower Bridge… (B/D)

Fly to Paris and arrive in the late afternoon. After hotel check-in and dinner, our guide will take you out to explore Paris night time and understand the title “The City of Light” given to this marvelous city. Embark on a boat trip along the River Seine for absolutely scenic views of the Eiffel Tower. Every night, every hour on the hour, the tower is covered in golden lights and sparkles for five whole minutes while its beacon lights up the city. The Arch of Triumph will surely not be missed in our trip. (B/D)

All day in Paris to fully embrace the richness of the culture, art, and history of the city.

This morning, our guide will take you inside of the Eiffel Tower by getting to the 2nd floor (115m). Get ready to soak in breathtakingly unique vistas of Paris from here. Visit Basilica of the Sacred Heart of Paris (Sacré-Coeur Basilica).

Shopping is another feature of Paris that attracts millions of visitors every year. Indeed, Paris is one of the finest shopping meccas in the world. Ladies, be sure to check out the fabulous boutiques and stores for all budgets, from the Champs Elysees with luxury names like Louis Vuitton to Rue Saint-Honoré with classic designers like Versace and Hermes. (B/D)

Visit the Louvre Museum with the world-famous Mona Lisa painting by Leonardo Da Vinci. The Louvre Museum is considered the world’s largest museum, housing over 3 million world-class art works and getting over 9 million visitors a year.

Our journey continues with visiting the outside of Notre-Dame de Paris (due to the fire in April 2019, tourists are yet to be allowed inside the cathedral). In spite of this, Notre-Dame de Paris is still loved by many as it has become so epic in the novel by Victor Hugo. Notre-Dame Cathedral is also known as Paris Point Zero. The cathedral has this name because outside, there is a zero point marker, from which the distance from Paris to all other places are judged.

Visit Place Vendôme, a prestigious square located in the first arrondissement, was created as a monument to the glory of the armies of Louis XIV, the Sun King. Visit the Latin Quarter, home to the Sorbonne University and student-filled cafes. Visit the Panthéon which houses a necropolis of well-known French figures: Victor Hugo, Marie Curie, Alexandre Dumas. (B/D)

Journey to the city of Beaurne in southern France. Beaurne is one of the key wine centers in France, and the center of Burgundy wine production and business. A must-try specialty while you’re in Beaurne is Crème de cassis. It is a sweet, dark red liqueur made from black currants. Homemade nougat is the candy specialty of the town. There will be aisles upon aisles of every imaginable kind of nougat ready for you to give a taste.

Arrive in Geneva in the afternoon. After dinner, take a stroll along Lake Geneva (or Lac Léman), the largest lake in Switzerland and one of the largest freshwater lakes in Europe. (B/D)

From the 19th to the early 20th century, Geneva admitted a large number of political refugees from Europe and the world. Based on the idea of Henri Dunant, a Genevan, the International Red Cross Committee was founded here in 1864. During World War II, Geneva was chosen as the headquarters of the Allies which later became the United Nations. Today, Geneva also houses the headquarters of many other international organizations: the World Trade Organization (WTO), the United Nations High Commissioner for Refugees (UNHCR), the World Health Organization (WHO), among many others. During our trip, we’ll make a stop at the United Nations headquarters and the giant fountain Jet d’Eau – the defining visual of Geneva. The Jet reaches heights of more than 450 feet. During spring and fall evenings, it’s illuminated with colorful lights. On a clear day, you can see Jet d’Eau from more than 30 miles away in both Switzerland and France.

Another famous symbols of Geneva is a giant working clock made of flowers. The Clock, operating with Swiss precision, is a floral masterpiece made with more than 6,500 flowers. For centuries, Switzerland has been world-renowned for its precise, yet elegant watches. For this reason, the Flower Clock was created in 1955 in honor of Swiss watchmakers.

In the afternoon, wel’ll transfer to Annecy, called “Venice of the Alps” – a well deserved title. Take a stroll and let yourself get lost among the whimsical canals of Annecy. Its winding cobblestone streets lined by pastel houses and bright flower boxes will make you fall in love with this small French town. Shopping and tasting the French-made ham (jambon) are also not to be missed while you’re in Annecy. Overnight in Geneva. (B/D)

Depart Geneva for Nice, France and drop by some scenic landscapes on our way. Nice is among the top 10 beaches in the Mediterranean. Breathe in some fresh sea air as you stroll around the vibrant city at night. (B/D)

This morning we’ll visit Monaco (officially the Principality of Monaco). Squeezed into just 2.02 km2 (0.78 sq mi), it might follow the Vatican to be the world’s second-smallest country. Monaco is associated with the American actress Grace Kelly who became Princess of Monaco after marrying Prince Rainier III. Here we’ll visit the well-known perfume-maker Fragonard Parfumeur.
Monte-Carlo, the major disctrict of Monaco, is home to a neo-classical casino complex and ornate Salle Garnier opera house. It also has many luxe hotels, boutiques, nightclubs and restaurants. The casino building, open to visitors every morning, is Europe’s most lavish example of belle-epoque architecture. Enjoying a cup of coffee while watching passers-by is another option that can be done at the Le Cafe de Paris restaurant right next to the casino. (B)

Welcome to Pisa (Italy), where the Leaning Tower of Pisa is its iconic landmark. Tower of Pisa is the campanile, or freestanding bell tower, of the cathedral of the Italian city of Pisa, known worldwide for its unintended tilt. The tower is situated in the Cathedral Square (Piazza del Duomo), together with the Pisa Cathedral and the Pisa Baptistry.

The tower’s tilt began during construction in the 12th century, caused by an inadequate foundation on ground, which was too soft on one side to properly support the structure’s weight. The tilt increased in the decades before the structure was completed in the 14th century. It gradually increased until the structure was stabilized (and the tilt partially corrected) by efforts in the late 20th and early 21st centuries.

En-route to Florence, stop by Genoa, the birthplace of Christopher Columbus. After dinner at your hotel, if time allows, we’ll take a stroll in the Old Town of Florence. (B/D)

Have a full day in Florence to embrace the richness in history and architecture of the city. Being the cradle of the Renaissance, romantic, enchanting and utterly irresistible, Florence (Firenze) is a place to feast on world-class art and gourmet Tuscan cuisine. Florence was a center of medieval European trade and finance and one of the wealthiest cities of that era. It is considered the birthplace of the Renaissance, and has been called “the Athens of the Middle Ages.” You will be amazed by the outstanding artworks of some of the greatest Renaissance artists such as Leonardo da Vinci, Dante, Boccaccio, Michelangelo…

Behold the marble statue of David, a Renaissance sculpture masterpiece created by Michelangelo. One of Florence’s most iconic sights is the Basilica di Santa Maria del Fiore (Duomo). Unsurprisingly, the entire city center is recognized as a UNESCO World Heritage site. When in Florence, be sure to give the signature Firenze steak a try. (B/D)

Transfer to the Basilica of Saint Francis of Assisi. It is located in Assisi, a town in the Umbria region in central Italy, where Saint Francis was born and died. The Basilica is a Papal minor basilica and one of the most important places of Christian pilgrimage in Italy. The Italian mystic St. Francis of Assisi (1182-1226) founded the religious order known as the Franciscans. He became renowned for his love, simplicity, and practice of poverty.

At noon, we’ll transfer to Rome, the capital city of Italy. Our destinations include the Trevi Fountain and Spanish steps. Shopping is also a recommended activity during your stay in Rome. (B/D)

“All Roads Lead to Rome.” Indeed, Italy’s capital is one of the world’s most romantic and inspiring cities, and a must-go place of your life. Your guide will take you inside the world-famous Colosseum and explore its bloody history. The places that are also included in our trip are: The Sistine Chapel, the Vatican Museum where the stunning masterpieces of Michelangelo are preserved. Vatican City and St. Peter’s Basilica are the final places to visit before you join us in a farewell dinner in Rome. (B/D)

Fly back to the United States. 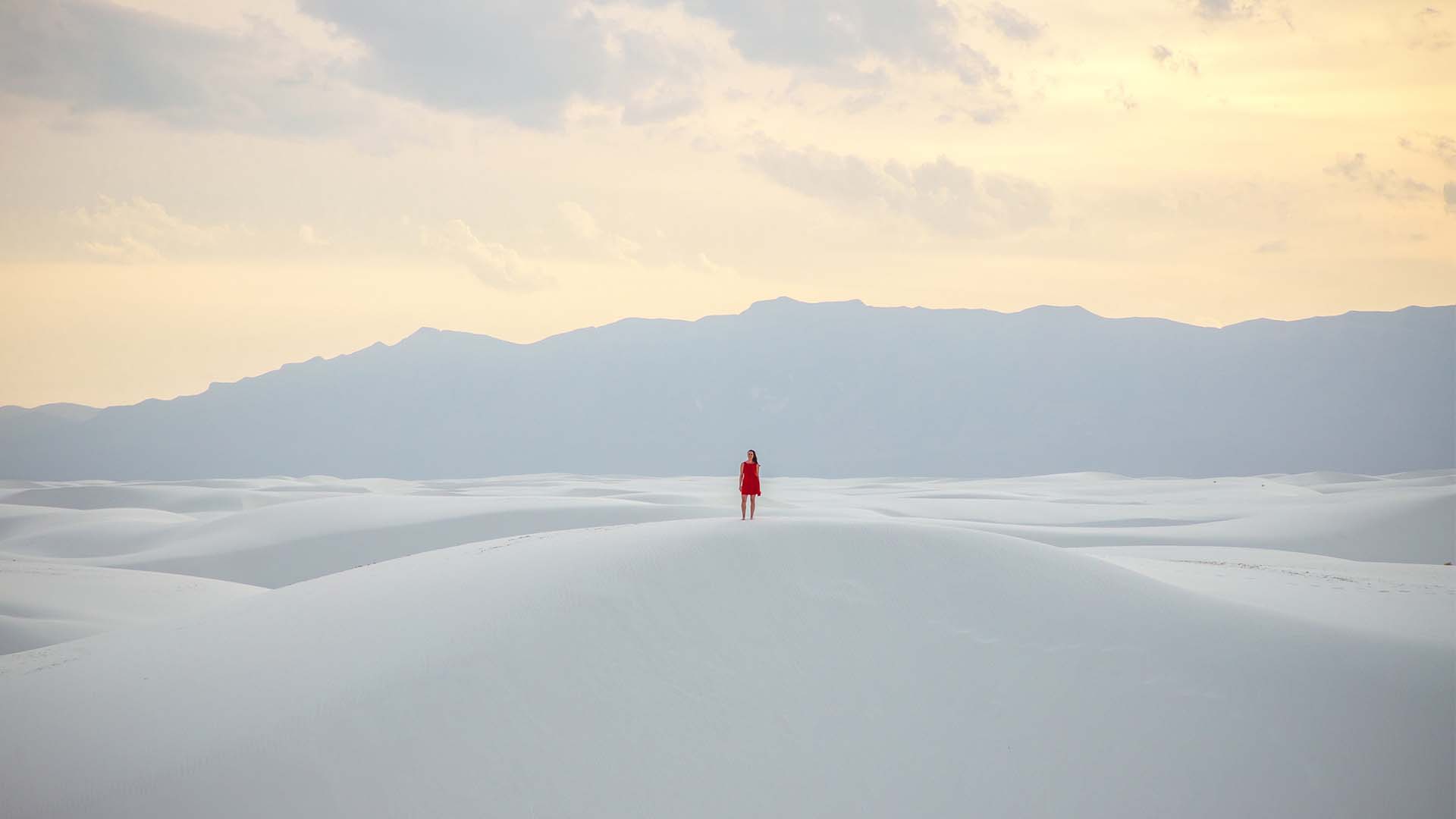 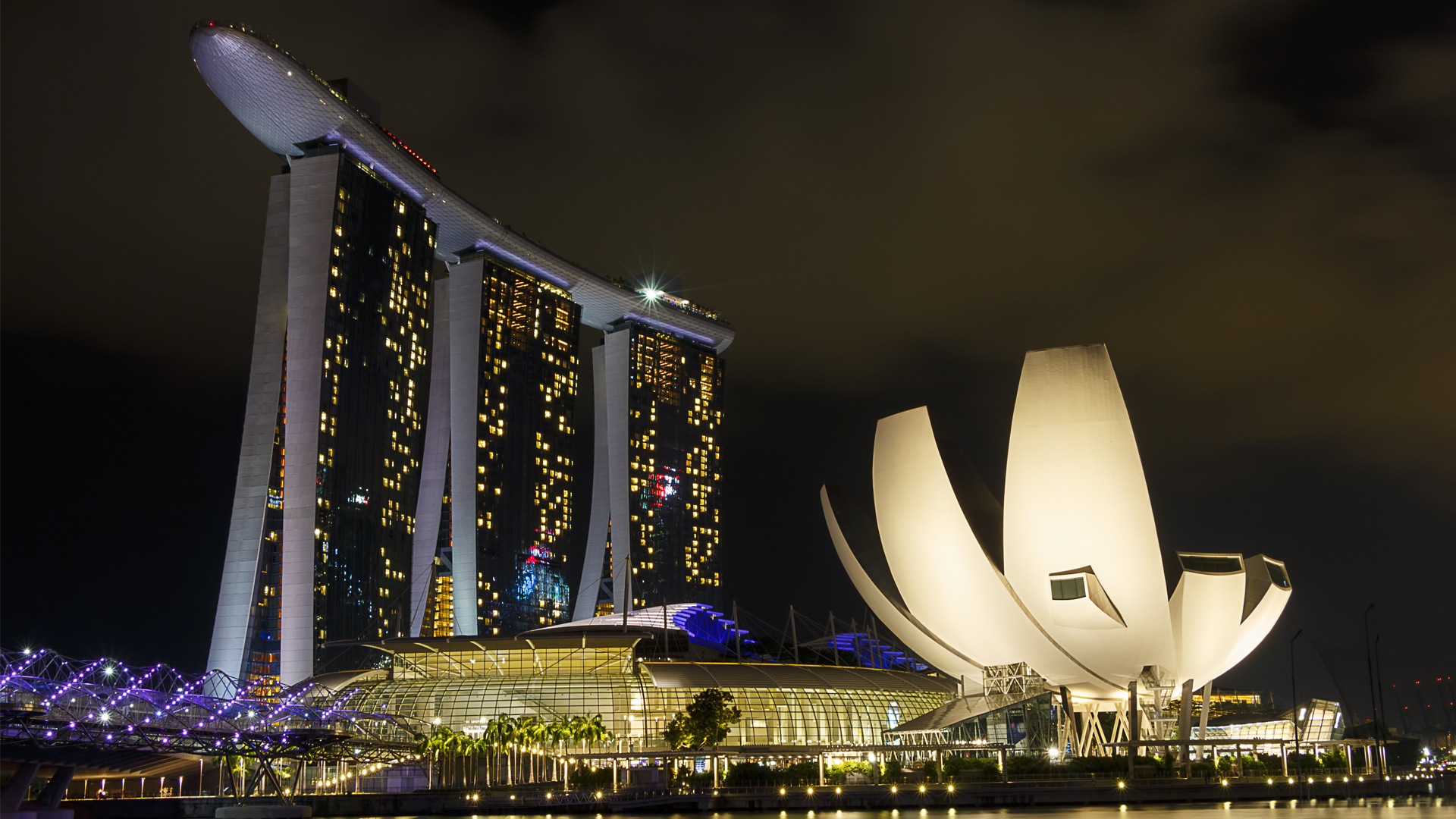 Thank you Anh chi Nga Hung. for the fun and wonderful trip.I will cherish the memory.

Good morning everyone, Kevin’s family would like to thank chi Nga, anh Hung & everyone in the group for giving us a wonderful, thoughtful and fun-filled trip, a memory that’s hard to forget. Hopefully, we would have another trip together soon.

Thank you Anh Hung, Chi Nga again for a wonderful trip, with all the nice ‘bonus trips’ and surprises. It has been a memorable trip with a great group and excellent & caring tour leaders! We hope to meet again in future tours. Please keep in touch everyone.