17 Days
Availability :
Sep 19 - Oct 05, 2020
Los Angeles Airport. If you prefer to depart from a different airport, please contact us for details and airfares
Rome

Late afternoon arrival in Rome. Meet your driver at the airport and transfer to Naples for an afternoon hotel check-in. Evening Welcome Dinner included. (D)

Today we will take a cruise ship from the pier of Naples and travel to Capri, one of the highlights of our trip. Capri is an enchanting and picturesque island made of limestone rock. One of the favourite places of the Roman emperors, the rich and famous, artists, and writers: it’s still one of the Mediterranean’s must-see places.

The island’s top attraction is the famous Blue Grotto “Grotta Azzurra”: it is the most fascinating cave. Refraction of sunlight into the cave makes an iridescent blue light in the water. The other attraction of the day is the town of Capri, reachable with a funicular from the main harbour Marina Grande. Late in the afternoon return to Naples for a traditional dinner and overnight. (B/D)

We dedicate the day to explore Naples and its beauty. The south Italian port town of Naples is the third-largest city in Italy, located in the Campania region in the southern part of the country, one of the most beautiful bays in Italy. Naples is a vibrant and chaotic city, full of wonderful historical and artistic treasures and narrow, winding streets with small shops. Late in the afternoon board the ferry for our next adventure: destination Sicily. Dinner and overnight included on the cruise. (B/D)

Early arrival in Palermo where our guide will be waiting for our group. Start the day with a visit to Monreale: Monreale is a small-town set in a rather striking hilltop location just inland from Palermo. It is famous for its cathedral, one of the most stunning medieval monuments. We will drive back to Palermo for a taste of Sicilian food and sightseeing. Palermo is famous throughout the world; it is a city of a thousand faces. Its beauty, traditions and people attract and enchant thousands of visitors from all over the world. Late afternoon hotel check-in. (Italian Breakfast/L/D)

Driving to Porto Empedocle and see the UNESCO Heritage site called Scala dei Turchi (Stairs of the Turks). The origin of the name comes from the many invasions of Turkish pirates and the “stairs” are formed by eroded Marl, clay and silt similar to calcite and limestone.
Looking at one end, we will see the white steps, where Turkish and Barbary Coast pirates slipped in on several raids for plundering. Free time to explore and eat lunch.
In the afternoon the guide will take the group to another UNESCO site: The Valley of the Temples. It includes the ruins of the ancient city of Akragas, a vast archaeological site with well-preserved Greek temples. Evening dinner included, and overnight. (B/D)

Today we will have a more leisurely day. We start with wine and olive oil tasting. Followed by a traditional lunch. After this nice break, we travel to Ortigia for some souvenir shopping time. Ortigia is considered “the eighth wonder in the world”. Late afternoon hotel check-in in nearby Siracusa. (B/L/D)

On the way to Taormina, we will stop in Catania: Catania is located on the east side of Sicily, at the foot of one of Italy’s most active volcanoes, Mount Etna. The city’s proximity to Mount Etna is both a blessing and a curse. The fertile, volcanic soil brings many benefits, but eruptions from the volcano have already destroyed the city twice, once in 1169 and again in 1693, and the frequent seismic activity remains a constant threat. In the afternoon we will reach Taormina. Taormina also called “the Mediterranean Pearl”, is situated on a natural terrace sheer above the sea.

The Greek theatre is one of the most suggestive spots, sited on a fantastic position and dipped into the blooming nature of this land. Dinner and overnight in Taormina. (B/D)

We are ready to leave beautiful Italy for the next country. Take the ferry to mainland and then drive until Bari. We will leave our coach and board our night cruise ship for Greece. Dinner and overnight included on board. (B/D)

Early morning arrival in Igoumenitsa. Enjoy breakfast on board before leaving the ferry. Transfer to Olympia for some free time before checking-in into our hotel and have dinner. (B/D)

Olympia became the most important religious and athletic centre in Greece. Its fame rests upon the Olympic Games, which was held every four years to honour Zeus. The origin of the festival goes back centuries. According to UNESCO’s World Heritage, there is probably no ancient archaeological site anywhere in the world more relevant in today’s world than Olympia. After time for free lunch we move to Katakolo for a winery visit with a wine tasting. Dinner and overnight in Isthmia. (B/D)

Various stop will wait us on the way to Athens. First, a photo stop at the Corinth Canal: it is a waterway that crosses the narrow isthmus of Corinth to link the Gulf of Corinth to the Saronic Gulf. Afterward a guide will show us Epidaurus: it is one of the most popular archaeological sites in Greece. The tour then takes us to the small charming town of Nauplia, the first capital of modern Greece. Enjoy a walk through the old town with many old picturesque houses. Afterwards at a nearby distillery learn how Ouzo is made and taste it, too. Arrive late afternoon in Athens. Check-in and dinner at the hotel. (B/D)

Today we explore the capital of Greece – Athens, symbol of freedom, art and democracy. In the centre of town are two hills, on one is the Acropolis, with its monuments from the Age of Pericles, and on the other, the Licavittos hill, is the little white church of Agios Georgios. A city tour takes us through the vibrant city of modern Athens: visiting also the famous Acropolis. Enjoy hereafter the Greek flair walking through the picturesque old town of Plaka with its many taverns and souvenir shops. This evening we will have a traditional dinner including local folklore entertainment. (B/D)

We leave our Athens’s hotel to the pier and take the normal ferry to Santorini. Santorini is the most popular island in Greece and in the world because it combines beautiful beaches, spectacular scenery, ancient cities, amazing restaurants, some of the world’s best wine, and an active volcano. The day will include an Oia village orientation, a sunset watch and a dinner in a traditional restaurant. Oia is the most beautiful village of Santorini. Overnight in Santorini. (B/D)

Another day on Santorini Island. The guide will explore with us the Akrotiri Excavations and the Prehistoric Museum in Fira Town. Fira is the capital of the island and the biggest and most cosmopolitan settlement of Santorini. Dinner tonight in Fira. (B/D)

Today we will take the crusie back to Athens. Before this we still have time to visit the Black Beach, Pyrgos village. What makes Pyrgos unique is the fact that it is the highest village of the whole island, providing great panoramic views of both sides of the island. A great possibility for some last pictures. Upon arrival in Athens transfer to our hotel for the last dinner on this tour. (B/D)

Transfer to Athens Airport and fly back home. 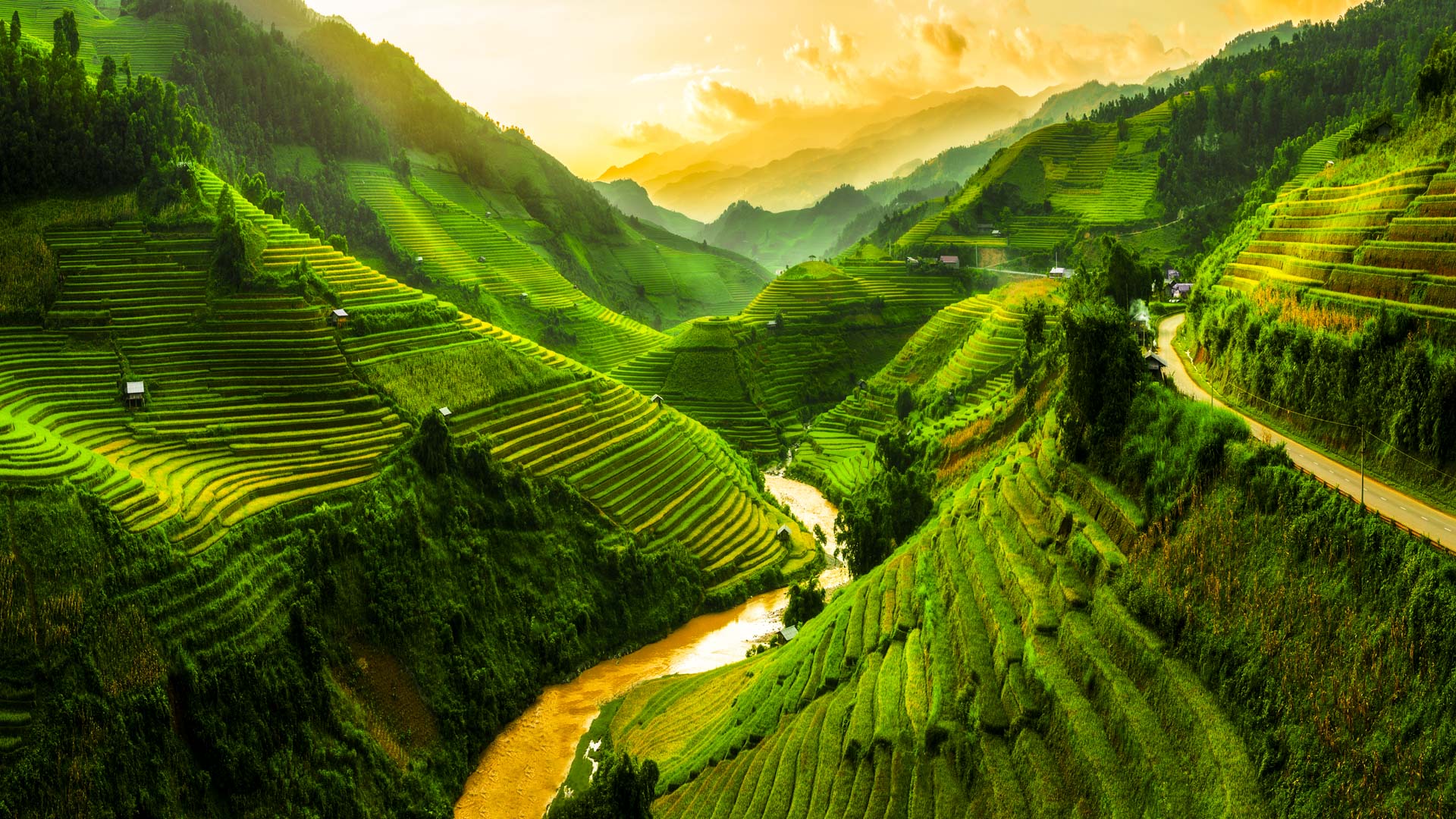