Inclusive of roundtrip airfares from SFO or LAX.
Fly with Emirates Airlines, one of the best airlines in the world.

Depart from either LAX or SFO Airport in the afternoon. AV Travel tour leader will fly with the group.

Arrive Cairo. Egypt’s sprawling capital is set on the Nile River, the largest city in the Arab world. At its heart is Tahrir Square and the vast Egyptian Museum, a trove of antiquities and gilded King Tutankhamun artifacts. Nearby, Giza is the site of the iconic pyramids and Great Sphinx, dating to the 26th century BC.

Your private Egyptologist tour guide will take you to Sakkara to see the prototype of the pyramids, the Step Pyramid, built for the 3rd Dynasty Pharaoh Djoser by the exalted architect Imhotep. Stop by a Carpet Institute and watch how the Grand Fathers of Egyptian used to wave carpets. Drive to Giza Plateau for a great photos leaning on, catching or kissing the famous pyramids. Visit from outside the Great Pyramids of Cheops (one of the original Seven Wonders of the World), Khafre and Menakaure, then the Valley Temple, and the Sphinx. (B/L/D)

Early morning transferred to airport for your flight to Aswan. After arrive, go to the Nile River cruise.
(Guests taking the optional tour to Abu Simbel) Continue to take the flight to Abu Simbel. Visit the temples that were built over a 25 year span and are one of the most prodigious feats of engineering in Egypt. The entire complex of temples was moved to its present location 90 feet above its old site to protect it from the rising water of the Nile when the Aswan Dam was built in the early sixties).

Afternoon taking a motor-boat ride to visit the Temple of Philae on the island of Agilka. The temple was dedicated to Isis, sister/wife of Osiris and patroness of the Ptolemaic rule. (B/L/D)

Sailing to visit Kom Ombo temple, is an unusual double temple in the town of Kom Ombo in Aswan Governorate, Upper Egypt. It was constructed during the Ptolemaic dynasty, 180–47 BC. Back to your cruise, continue sailing to Edfou. (B/L/D)

Morning taking a horse carriage ride to visit Edfou, is the site of the Temple of Horus and an ancient settlement, Tell Edfou. Continuing sailing to Luxor, on the site of ancient Thebes, the pharaohs’ capital at the height of their power, during the 16th–11th centuries B.C, surrounds 2 huge, surviving ancient monuments: graceful Luxor Temple and Karnak Temple.
When the night comes and the moonlight covers the city, the ancient souls and spirits wake up and showcase the most hypnotic vision of heavenly allure. Under the calm and quite nature of the moon lie the essences of allure which can be explored by an amazing horse carriage ride through the surroundings of Luxor. Feel the warmth and the grace with a horse carriage ride around Luxor city. (B/L/D)

You can try (as an option) for the Sunrise Hot Air Balloon Ride. Get a bird’s eye view overlooking one of the world’s most attraction-packed cities during this hot air balloon ride over Luxor. See ancient landmarks like the Statue of Thebes from above as you drift over the city, illuminated by the early morning sun.

Begin touring Luxor with a cross to the West Bank of the Nile and visit the wondrous Valley of the Kings, a vast city of the dead where the magnificent tombs of 62 pharaohs have been discovered. The tombs were carved deep into the desert rock, richly decorated and filled with treasures for the afterlife of the pharaohs. Visit several of the tombs. Next, visit the Temple of Queen Hatshepsut. This beautiful monument to the reign of the only female pharaoh rises out of the desert plain in a series of terraces and merges with the sheer limestone cliffs that surround it. On the way back to your Nile cruise, stop at the famed Colossi of Memnon, two 66ft, 1 thousand ton statues of Amenhotep III. These colossal statues were known by the ancient Greeks to emit haunting voices at dawn. Though damaged by nature and ancient tourists, the statues are still impressive. Visit to Karnak Temple, called by some “the Temple of Temples.” It is the largest place of worship ever built. Its ancient name Ipet-isut means “the most sacred of places.” The temple, or, more correctly, the complex of temples, was built over more than two thousand years by generation after generation of pharaohs. Within the complex, the great “Hypostyle Hall” is an incredible forest of giant pillars covering an area larger than the whole of Notre Dame Cathedral. Then visit the graceful Temple of Luxor built by Amenhotep III and Ramses II for ritual and festivals and dedicated to the god Amun. Flight to Cairo. (B/D)

Visit the National Museum of Egyptian Civilization, is a large museum. The museum partially opened in February 2017 and will display a collection of 50,000 artefacts, presenting Egyptian civilization from prehistoric times to the present day. It is the first museum in Arab world that focus on the ancient Egyptian Period, Greco-Roman, Coptic, Islamic, and Contemporary modern times. Continue to Old Cairo with visit to the hanging church, Khan Khalili. Afternoon transfer to the airport for the flight to Amman, is the capital and largest city of Jordan, and the country’s economic, political, and cultural center. (B/D)

Morning journey in Jordan begin with city tour in downtown Amman, the capital of the Hashemite Kingdom. Often referred to as the “White City” because of the white stone used to build houses. Amman offers a contrast between oriental and cosmopolitan. The tour will take you to the museums, the Citadel, the amphitheater, the souks and the modern part of town. Continue to visit Mt. Nebo, the alleged burial site of Moses overlooking the Jordan Valley and the Dead Sea. Here Franciscans have built a structure that protects a 4th and 6th Century Byzantine church. Depart to Petra, is a famous archaeological site in Jordan’s southwestern desert. Dating to around 300 B.C., it was the capital of the Nabatean Kingdom. Famous for its rock-cut architecture and water conduit system, Petra is also called the “Rose Red City” because of the color of the stone from which it is carved. It has been a UNESCO World Heritage Site since 1985. (B/D)

The city of Petra became one of the 7 New Wonders of the World when it was chosen in 2007 by a vote of 100 million people. The city’s carved rose-red sandstone rock facades, tombs, and temples became known around the world with its appearance in Indiana Jones and The Last Crusade in 1989. Depart to visit Dead Sea, a lake known for one of the saltiest formations of water in the world, bordered by Jordan to the east and Israel and the West Bank to the west. Enjoy free time for floating at Dead Sea. (B/D)

Today enjoy your full day for visiting Jerusalem. Drive to the top of Mount of Olives for an awe inspiring, panoramic view of the Old City. Walk the “Palm Sunday Walk” to the church of Dominus Flevit. During construction in 1955, archaeologists uncovered artefacts dating back to the Canaanite period and tombs from both the Second Temple and Byzantine eras. Continue walking down to the Garden of Gethsemane. We will visit the Church of All Nations, which contains the stone traditionally believed to be where Jesus prayed on the night of His betrayal. Enter the Old City through Stephen’s Gate to the Christian Quarter. Here is the Pool of Bethesda, where Jesus healed the lame man, and St. Anne’s Church, an outstanding example of crusader architecture, with amazing acoustics. Walk the Way of the Cross, passing the Stations of the Cross to the Church of the Holy Sepulcher. In 325, Constantine’s mother Helen first requisitioned the area for a church. This 4th-century church was largely destroyed by the Turks in 1009 and partially restored in 1048. The impressive stone decorations adorning the facade date from crusader times. In its current form, the church preserves the crusader structure and is shared by two major Christian denominations, the Greek Orthodox and the Roman Catholic. (B/D)

Full day explore the sacred town of Bethlehem, the magical city in which Jesus was born. Taking to the heart of the West Bank & dropping off at the end of new city of Jerusalem. Begins on the Mount of Olives (Har HaZeitim) where we have a panoramic view across the holy city of Jerusalem. From this elevated point we have the ancient Jewish cemetery beneath us and beyond that the Old City with the shining Dome of the Rock on the Temple Mount. As we look down on the Old City it is easy to imagine the Second Temple which once stood on the Temple Mount and the bustling ancient city as it would have been almost 2000 years ago. (B/D)

Leave Jerusalem heading east to the Jordan Valley which we will see from afar head north to Beit Shean to view the expansive excavations taking place at this ancient Roman Decapolis city. Then on to the Sea of Galilee we will take a memorable private boat-ride on the Sea of Galilee (Jesus Ministries) to visit the 2,000-year-old Genosar Boat which was discovered in 1986. Nearby, we visit the New Testament fishing village of Magdala. Continue to Tabga, the traditional site of the multiplication of bread and fish and then to Capernaum, with an ancient synagogue where Christ taught. Drive to the Mount of the Beatitudes, site of the Sermon on the Mount and the Miracle of the Multiplication. (B/D)

Morning depart to Nazareth to visit the Annunciation Church, where tradition says the angel Gabriel appeared to Mary. Continue to Megiddo, where archaeological digs have revealed 26 layers of civilization, including fortifications of King Solomon and a water tunnel of King Ahab. Megiddo provides a magnificent view of the fertile Jezreel Valley, the prophesied site of Armageddon, at the crossroads of the ancient Via Maris “freeway.” Drive to Caesarea Maritima, a large port city built by Herod the Great to honor Roman Caesar Augustus. Come to Tel Aviv for a city tour before transfer to the airport for the night flight to USA. (B/D)

Arrive in Los Angeles or San Francisco in the afternoon. 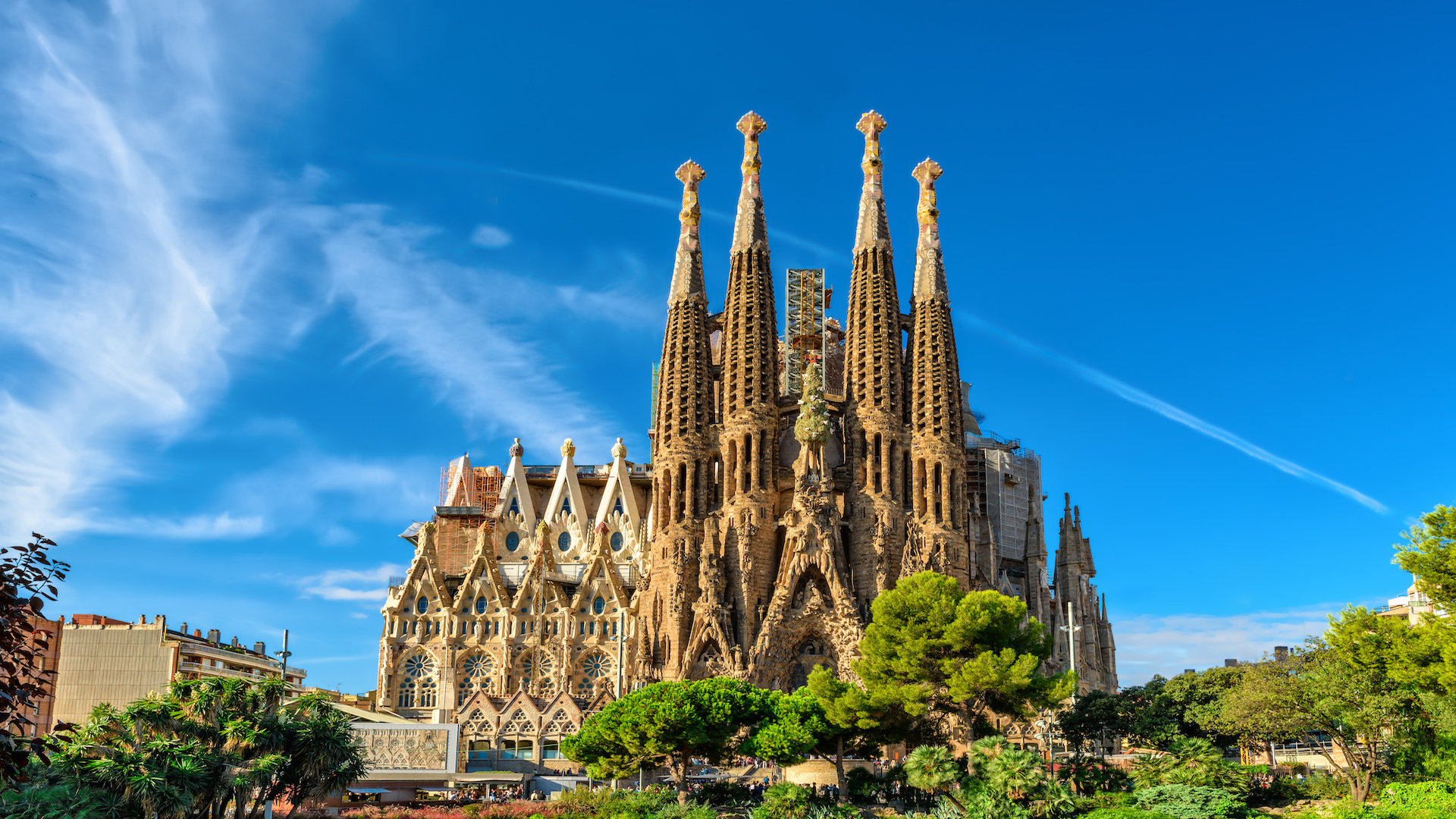 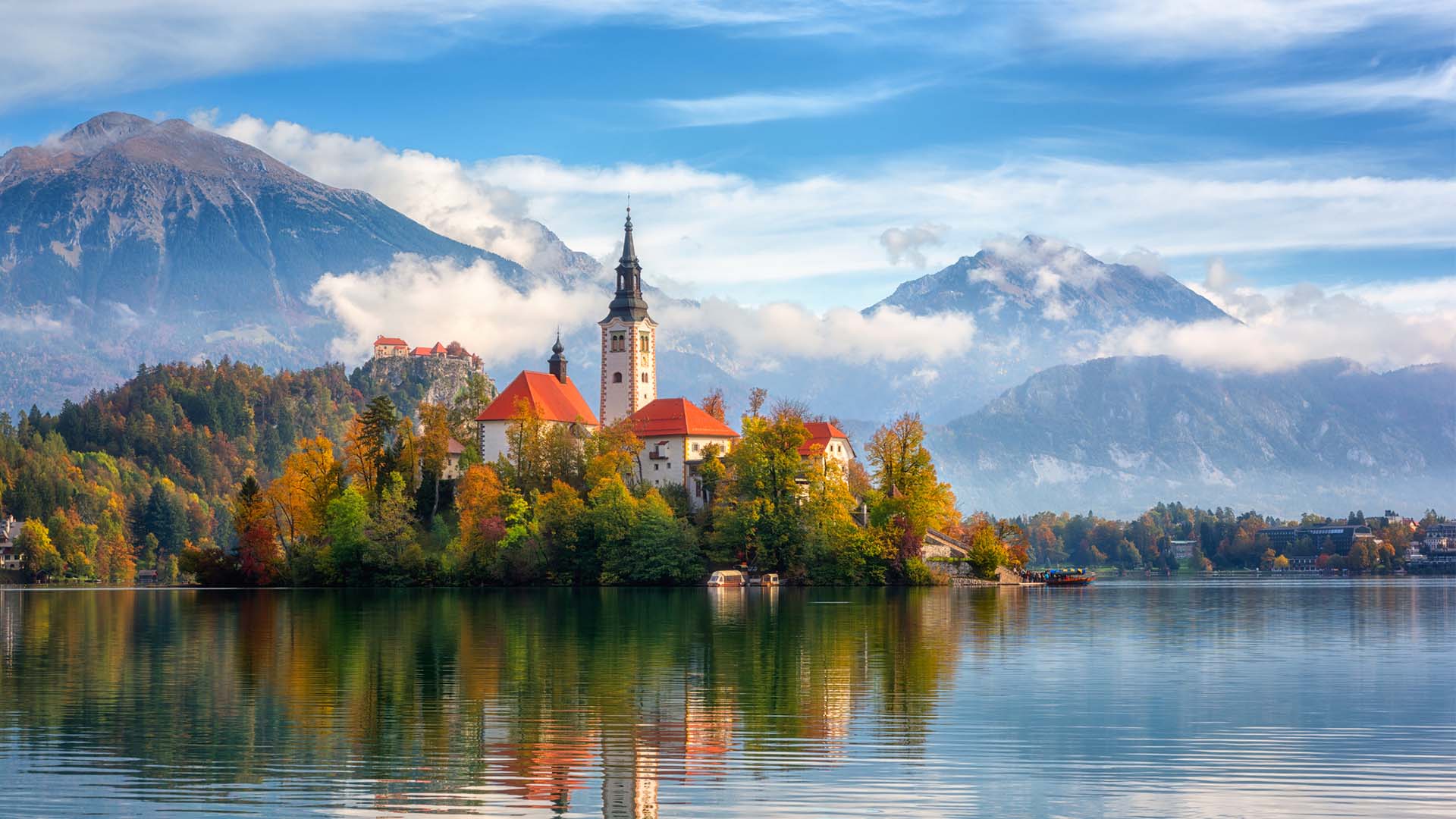 From$5,395
(1 Review)
2 travellers are considering this tour right now!