15 Days
Availability :
Mar 04 - Mar 18, 2020
LAX/SFO. If you prefer to depart from a different airport, please contact us for details and airfares
New Delhi

Fly with Emirates Airline, one of the best airlines in the world

You & your groups can depart from either LAX or SFO airports in the afternoon.

Arrive in New Delhi, the political capital of India. It makes up one of the cornerstones of the golden triangle in the country’s north. Finding its genesis in the great Indian epic the Mahabharata, as Indraprastha, capital of the Pandava princes, today the city has transformed itself into a new incarnation. Reflecting the many colors and flavors of India’s eclectic composition,contemporary Delhi is one where you will be inspired, amazed, fascinated and impressed at every corner.

You will be mesmerized by the Old and New Delhi. Visit India Gate, built of Bharatpur stone, commemorates the 70,000 Indian soldiers. Visit Humayun’s Tomb, built in 1570, is of particular cultural significance as it was the first garden-tomb on the Indian subcontinent. It inspired several major architectural innovations, culminating in the construction of the Taj Mahal. Continue to visit Qutb Minar, the 2nd tallest minar in India. It was originally an early Islamic Monument inscribed with Arabic inscriptions and is now a UNESCO World Heritage Site. (B/L/D)

Continue your enthrallment and travel to Agra, where we witness a completely different atmosphere. Agra’s biggest claim to fame is the Taj Mahal that stands as a lasting tribute to love and lovers beyond time. The snow-colored walls of the great Taj Mahal fascinates the modern day vagabond. An architectural splendor of the mausoleums, the fort and the palaces is a vivid reminder of the capital in the reign of the Mughal empire and even today it seems to linger in the past. A poignant poetry in marble, stands serene and awesome on a raised marble platform, by the banks of the Yamuna. Also visit the Agra Fort, a masterpiece of the great Emperor Akbar within the fort are a number of exquisite structures and palaces. (B/L/D)

The Taj Mahal is a white marble mausoleum located in Agra, Uttar Pradesh, India. The Taj Mahal is widely recognized as “the jewel of Muslim art in India and one of the universally admired masterpieces of the world’s heritage”. Taj Mahal is regarded by many as the finest example of Mughal architecture, a style that combines elements from Islamic, Persian, Ottoman Turkish and Indian architectural styles. In 1983, the Taj Mahal became a UNESCO World Heritage Site.

In transit to Jaipur, the capital of the state of Rajasthan was actually color washed with pink to create the impression similar
to the red standstone of the mughal cities. Like any good tourist cities, Jaipur has all the amenities of a big city, but its real charm lies only in the inner lanes and streets of its markets. The regal aspect of this desert city is obvious to all who visit her and the atmosphere is infused with the romance, adventure and bravery of an amazingly rich historical tradition. We’ll stop at Fatehpur Sikri, a deserted red sandstone medieval city built by Akbar the Great in the 16th century, Fatehpur Sikri’s complex consists of religious, residential, and administrative buildings, including an elegant mosque considered to be a copy of the Mosque at Mecca. (B/L/D)

Travel to the burnt clay-colored walls of Amber Fort on a magical elephant or jeep. In the afternoon, you’ll flit through the sparkling offerings of the old bazaar by way of a breath-taking rickshaw ride. Visit the City Palace, Jaipur. This sprawling complex, with its gorgeous buildings and marvelous collection of art and artifacts is without parallel in Rajasthan. A major part of the ‘City Palace’ now consists of the ‘Maharaja Sawai Man Singh II Museum’. It is also the residence of the Jaipur Royal Family. Continue visit Hawa Mahal, the renowned ‘Palace Of The Winds’, is one of the prominent tourist attractions in Jaipur city. Located in the heart of Jaipur, this beautiful five-storey palace was constructed in 1799 by Maharaja Sawai Pratap Singh who belonged to Kachhwaha Rajput dynasty. The main architect of this palace built of red and pink sandstone, is Lal Chand Ustad and the palace is believed to have been constructed in the form of the crown of Krishna, the Hindu god. (B/L/D)

Wake up on serene views of Mansagar Lake before heading back to Delhi. Arrive in Delhi where we will continue our exploration starting in Old Delhi. Visit Jama Masjid, the Royal Mosque which was built by the Mughal Emperor Shah Jahan in 1656. Enjoy a cycle rickshaw ride through the narrow lanes followed by a short walk on the main street of Old Delhi – the colorful shopping bazaar known as Chandni Chowk. You will be mesmerized by the Old and New Delhi as we visit the Red Fort, once the residence of the Mughal Emperors and recognized as a UNESCO Heritage. (B/L/D)

Flight to Male, is the capital and most populous city in the Republic of Maldives. The Maldives, where sands are white as the smiles of the locals, where fish swim happily in the warm waters of the Indian Ocean, where the weather is a dream, and the deep rays of the sun wait to engulf you in the arms.

The Maldives is a tropical nation in the Indian Ocean composed of 26 ring-shaped atolls, which are made up of more than 1,000
coral islands. It’s known for its beaches, blue lagoons and extensive reefs. The pint-sized Maldivian capital is the throbbing, mercantile heart of the nation, a densely crowded and fascinating place, notable mainly for its stark contrast to the laid-back pace of island life elsewhere in the country. We stay at Maldives Centara Ras Fushi Resort & Spa for 3 nights. (D)

Centara Ras Fushi Resort & Spa Maldives – set on a pristine island blessed with tropical beauty in North Malé Atoll. Light and airy villas with wooden flooring and natural fabrics provide sensational views of the Indian Ocean and offer the choice of beachside or overwater accommodation. Pure white sand and a sparkling blue lagoon make this a perfect playground for beach games, snorkeling & water sports, while the magical underwater world of some of the top dive sites in the Maldives are reached within less than half an hour by dhoni. (B/L/D)

The United Arab Emirates, sometimes simply called the Emirates or the UAE, is a country located in the southeast end of the Arabian Peninsula on the Persian Gulf. Established on 2 December 1971, the country is a federation of seven emirates. Each emirate is governed by a hereditary emir who jointly form the Federal Supreme Council which is the highest legislative and executive body in the country. The country’s capital is Abu Dhabi. Dubai is is the most populous city, and the second largest emirate by territorial size.

Transfer to the airport for your departure flight to Dubai, the most populous city and emirate in the United Arab Emirates (UAE). Today, Dubai has emerged as a cosmopolitan metropolis that has grown steadily to become a global city and a business and cultural hub of the Middle East and the Persian Gulf region.

After dinner visit At The Top Burj Khalifa (with non-prime admission ticket to the top sky levels 125 +124). Located on Level 124 of the world’s tallest tower, At The Top, Burj Khalifa gives you a captivating panorama of Dubai, a view you wouldn’t find anywhere else in the city. Afterwards, enjoy some free time at Dubai Mall. (B/D)

Dubai is the second largest of the seven United Arab Emirates but has the biggest population at over 2.1 million inhabitants. Size has been synonymous with Dubai as it continues to build the first, largest and the biggest constructions in the world. Dubai’s dynamics are always transient and ever-changing with its constant urge to construct something better and bigger than the previous. If there was a Palm Island, Nakheel thought of the World Island. Burj Al Arab seemed too timid when Burj Khalifa cropped up, distancing itself to being a loner in the crowd. Dubai constantly dwells in a suppressive competition with itself trying to magnetize tourists to a dreamy world of attractions and unheard of luxuries. Your included city tour takes you to the magnificent view of Dubai Creek, passing by the heritage area of Bastakiya, with its fascinating wind towered houses built by wealthy merchants. Across the Creek for a visit to the Spice Market and the Gold Souk. Stop for a photo shoot next to Jumeirah Mosque, an architectural landmark of Dubai. Spend an evening in the desert of Dubai on a thrilling safari! Go 4WD dune bashing, see a desert sunset, take a camel ride, enjoy belly-dancing show and feast on a barbecue buffet dinner. (B/L/D)

Morning drive to Abu Dhabi, capital of the UAE, is often called the ‘Arabian Jewel,’ a name that testifies to its lavish monuments and flashy modern architecture. As you travel around town, listen to stories about the city and its sights such as Sheikh Zayed Grand Mosque, or the Grand Mosque, as it’s more simply known. Head inside to learn about the monument and marvel at its sheer size and grandeur. The stunning building can accommodate some 40,000 worshipers inside its walls, making it one of the world’s largest mosques. Lunch & Visit the Emirates Palace, Abu Dhabi’s most luxurious hotel. Continue travel through the streets to one of Abu Dhabi’s oldest buildings, Qasr al-Husn. Built in the 18th century, the eye-catching white palace was the setting for the city’s governance until as recently as the 1960s. Heading to Abu Dhabi Heritage Village, an open-air museum that showcases everyday life in the city prior to the discovery of oil. Stroll around at leisure and admire recreated souks and a traditional Bedouin camp complete with goat-hair tents. Finish your tour with a drive past the Dhow Yard where wooden ships are built using time-honored methods, and then head back to Dubai. (B/L/D)

Afternoon enjoy your amazing time at Dubai Miracle Garden. Every year from mid-November to mid-May, a 72,000 sqm space full of scents and colors comes to life. This incredible experience is one of Cityland’s signature creations – Dubai Miracle Garden. Seeing the garden in full bloom with its 150 million flowers arranged in colorful arches and patterns, and the myriad shapes they form, is truly magnificent. Enjoy our special farewell dinner. (B/D)

Transfer to the airport for the Non-Stop flights to LAX or SFO airports. (B) 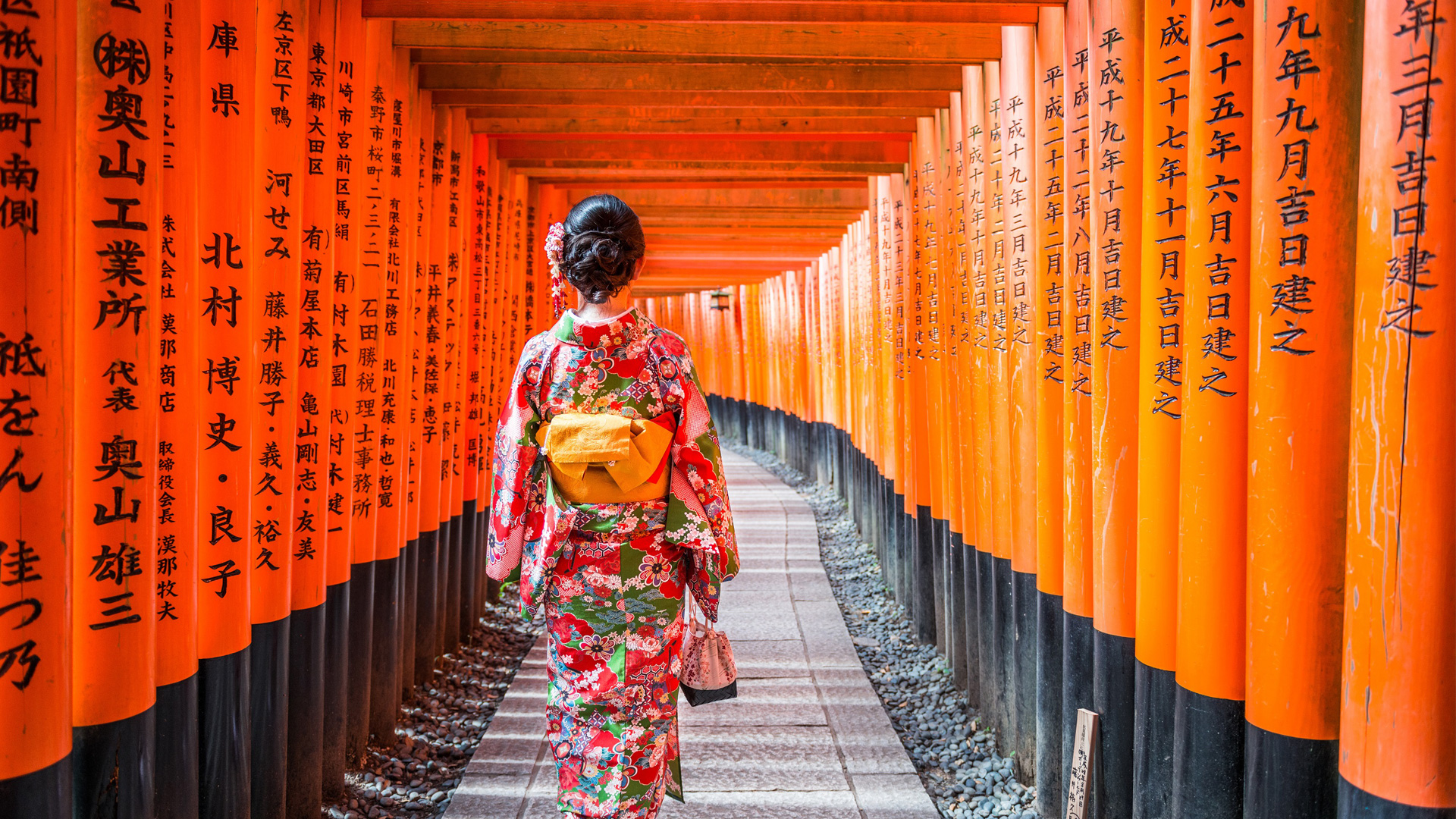 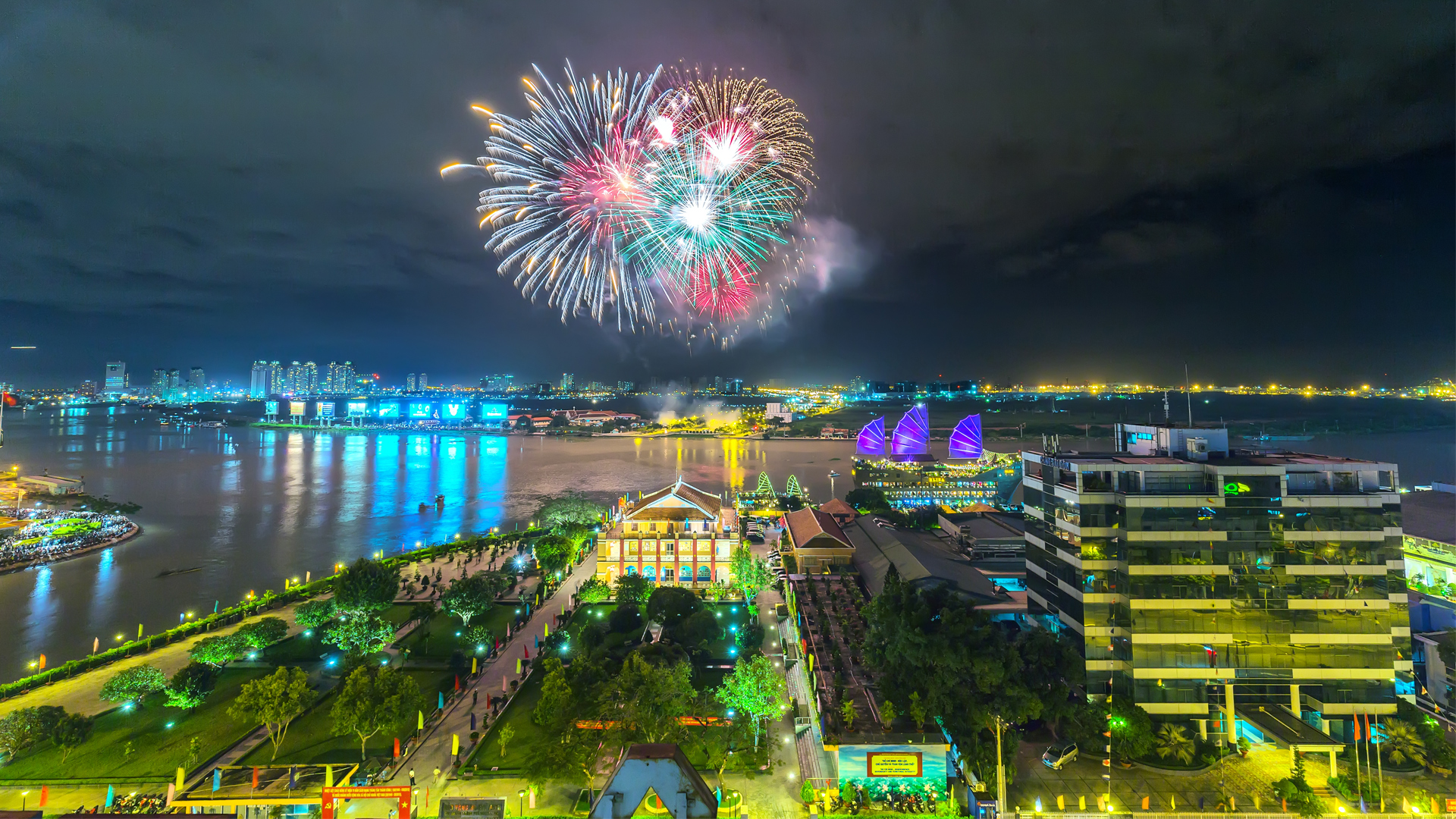